If you like sports pubs, then you'll love TAP at MGM Grand Detroit. TAP is one of the best known bars in the Downtown Detroit area, and for good reason. They can seat nearly 300 people, have over 50 beer selections, and over 40 HD flat-screen TVs for watching whatever games that are currently playing, and we mean whatever games (we've watched Professional Arm Wrestling Tournaments on the Television sets here.) TAP has daily drink specials that will give you a reason to go back every single day. If you're looking for a new spot to socialize while watching your favorite games, then TAP at MGM Grand Detroit is the place for you. 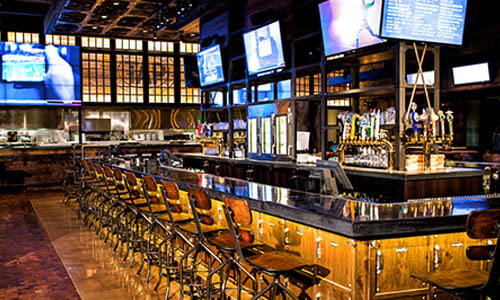