Elwood Bar & Grill recently launched a new menu, with salads that are bigger and better, sandwiches that are higher quality, and hamburgers that are worth making a trip! This art deco style diner was originally built in 1936 by architect Charles Noble. The establishment itself was named after its original cross streets, Elizabeth Street and Woodward Avenue. An interesting tidbit is that it would have been demolished to make room for the new Tigers' ballpark, Comerica Park. But the owner, Chuck Forbes, saved it by moving it to a new location which just happens to be right behind left field! This is truly one of the most fun places to dine in Detroit! 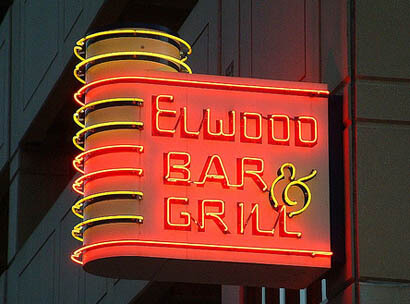